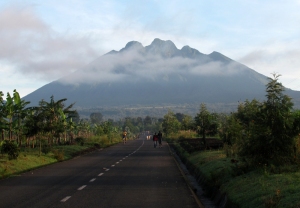 While I’ve always considered myself a prose writer, and haven’t taken great pains to study poetry, I’ve enjoyed writing a poem every now and then. In case you enjoy reading poetry, I’m sharing one I wrote a few months ago about growing up in Africa.

How the muezzin’s call to prayer wafted over the city at dusk
In long and exotic notes as if the singer were casting a spell
Even the dogs would stop their barking to listen
I had the sense then that I was wrapped in a prayer that
Did not, could not belong to me

The beat of drums sometimes carried across the hills
And at night as I lay in bed the bass would echo down to my fingertips
In some way my young self could not have put into words
I knew then that my home was not, and could never be my own

Wherever we went the low hum of a Bantu language hung in the air
Even English was peppered with it – katundu, zikomo, pang’ono pang’ono
The Americans who had lived there longest spoke in slow peaks and valleys
As if their speech had caught the flavor of Africa
Even now I long for a musical language that was never mine to speak

Thirty years I’ve been back in the country of my birth
And still I am called back to my childhood by a sound –
The cooing of mourning doves, the lowing and tramp of cattle
Or it may be another sense –
A purple flowered vine climbing a fence, the smell of wood smoke
A cloud of dust rising from a dirt road or the sweetness of a mango

Not so long ago, I heard a Bantu hum in the grocery store
And turned to see a woman in a kaftan speaking with her children
She was inspecting yams and her cart was filled with familiar African foods
Heaps of collard greens and ears of corn still in their husks

Did she, as I do, dream of returning to a place with a little wildness
A meandering and lyrical place
To Africa, a place that was never more home